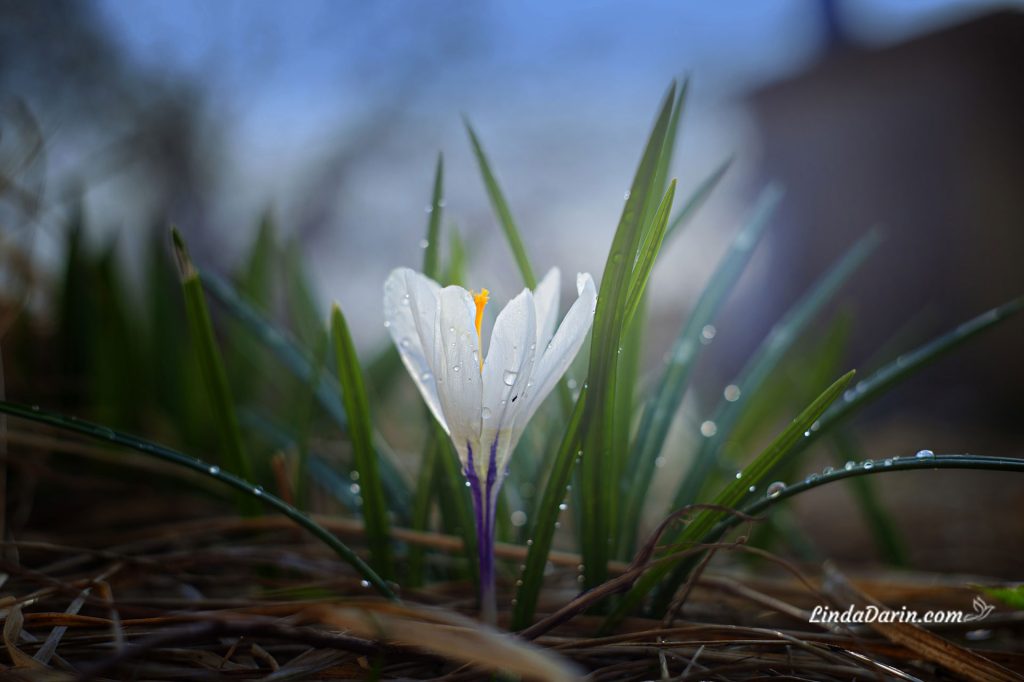 My thoughts were not my own. After miraculously escaping a toxic relationship, how could I think, “Maybe I shouldn’t get a divorce and just go back to him”?

What?! I thought I was going crazy! It was against every action I had taken in the past seven months to get away and file for divorce, yet this thought was in my head. I knew in that moment I needed Linda’s help to remove the witchcraft/black magic that was controlling my mind.

I wasn’t this strong or sure the first time my ex-husband used witchcraft and black magic to try to trap me. Back then, I wasn’t even aware I was under attack. I thought witchcraft and curses were something that only happened in movies. But, the Bible is clear—evil exists in our world. It is more real than we can see, and its greatest desire is to take over our hearts through control of our thoughts and minds.

I had finally told my ex-husband that I wanted to divorce after months of keeping this secret while I agonized over my decision. I was miserable, so what was keeping me here? I didn’t know how truly ill he was when we entered our marriage—mental illness, physical illness, and addictions. We were locked in a drama triangle, spiraling down together with him playing the role of victim, as I played the role of persecutor and rescuer. I was so angry at him for contributing nothing to this marriage, not working, not engaging with me in relationship, just drinking and smoking all night long. I was convinced I was also a victim with no way out.

There was so much shame for the secrets I was hiding from my family and friends about what was really going on in our relationship. There was so much guilt for the choices I’d made to get myself here, and how I allowed him to manipulate me, getting away with freeloading off my successes, not following through with his dreams, and denying me children. All of these years of holding onto dark emotions were cracks in my soul for evil spirits to take hold.

I knew something was off the moment we hugged goodbye when he left on a trip, such strong emotions of sadness and despair took me over. Did I really want to leave? He’d always said I would leave him; he knew this was his last chance to try to keep me. His Italian heritage taught him that black magic and curses were just a way of life. And now, here I was in Linda’s office blathering on about mundane things, not addressing the real issues, acting like I could stay with him, and it would all work out! Linda could see immediately that something had a hold of me.

Linda walked me through all the symptoms and signs of the evil eye, identifying what I was experiencing (confusion, not feeling grounded, not myself, insomnia, no motivation, heaviness in my gut, feeling a bit crazy) and only then was I able to admit to myself that, yes, I was under the influence of evil spirits. I was in disbelief—dissociating from the situation out of self-preservation.

Linda was able to bring me back into my body through a deep-clearing, calling on God’s power to cleanse my head and mind of the bondage to this black magic. It was like I was floating above the table during the healing, another sign that I was dissociated from myself. I had a vision of an acquaintance in our building who was helping him! After the healing, I was so much lighter and more myself. My mind and heart were clearer. I knew I had to follow through and get out of this marriage!

That weekend I made a plan to get away—I couldn’t stay with someone that would do me so much harm while claiming to love me. Even then, I had to call on my friends and family for help. It was like I couldn’t make my body do what I was telling it to do. The black magic was still affecting me. I was coming to terms with my deep-rooted belief that divorce was wrong, even after much prayer and conversation with God telling me this was what I needed to do. I was frozen in fear!

Everything flowed so easily once I surrendered my fear to God. I was resolved to fight. So many people rallied around me to help pack and move, offered me a place to stay, gave me financial and emotional support, and recommended a lawyer. It was obvious God was with me. I was surrounded by their prayers, by scripture, and by my church. I was so lost and separated from God when I first came to Linda, she helped me rediscover my faith and seek out a community of believers. I wouldn’t have had the strength or will to make it out without them.

Psalm 91:4 “He will cover you with his feathers, and under his wings you will find refuge; his faithfulness will be your shield and rampart.”

God is more powerful than all of this. I am not here to give power to the demonic forces… I’m here to give the power and the glory to God for delivering me from this evil. From my own living hell. You too, have the ability to reach out to God and break free from whatever is holding you in bondage. God gave us free will to choose the light or darkness, life or death. I chose life!

John 1:4-5, 7 “In him [Jesus Christ] was life, and that life was the light of men. The light shines in the darkness but the darkness has not understood it… He came as a witness to testify concerning that light, so that through him all men might believe.”