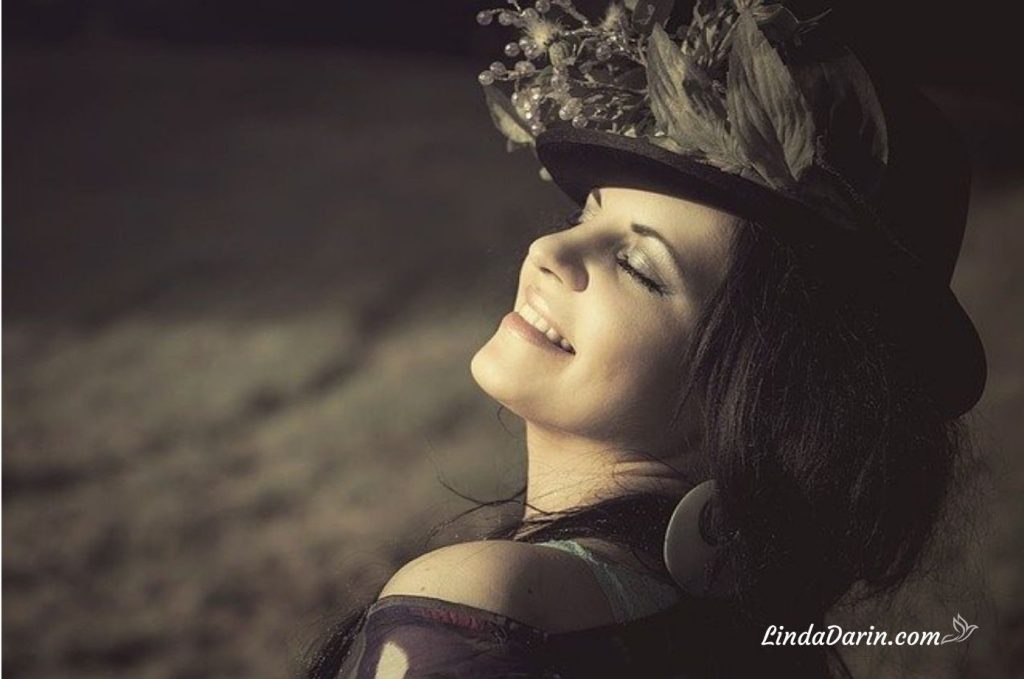 The Dark Life Prepared Me For …….

When I was four, my mom and her younger sister argued. Instead of discussing the incident, my aunt threw a voodoo curse at my mom. My fourteen-year-old sister became the host of an epileptic male spirit. It is a typical response for a family member to use spiritual warfare out of hate, anger, and jealousy against another family member in some cultures. Unfortunately, my sister suffered tremendously during her teenage years due to this spiritual warfare.

We lived in the Bronx, and my parents were born in Puerto Rico. I was moving along as best as I could be with two working parents. However, my father drank too much and engaged in extramarital affairs. Therefore most of the time, he was missing from home. During this time of the curse, my family consisted of my parents, who were both thirty-two, my brother seventeen, my sister fourteen, my other sister eleven, and me at age four. My older siblings went to school, and during school vacations, the older children took care of the younger ones. While the children were in school, I was babysat by my mom’s sister from infancy, until my mom learned it was her sister who threw the voodoo.

I remember my mom say that suddenly my fourteen-year-old sister began having seizures; until then, I understood she was a healthy child. The episodes started in school, in our home, or while she was at a friend’s home. All neurological tests at the hospital were negative. Then my sister started showing signs of being possessed by the spirit of a man. This spirit would inhabit her body at all different times. My sister spoke in a manly voice. Her body and face distorted, and her eyes rolled through their sockets.

One day, this spirit was destructive and managed to hurt my eleven-year-old sister by throwing a hammer, and it landed forcefully on her toenail and busted open. I watched from afar everyone trying to subdue my sister so she would not hurt herself or others. Looking back, I realize the evil spirits controlled my sisters’ body, and her actions were not her own. My mom would pray, bring a large cross in front of my sister, and loudly command the spirit to leave, but not for long. After the evil spirit was toned down by prayer, my sister would re-inhabit her body but could not recall what occurred.

I remember the day the spiritists came to our home to remove the spirit. We all sat in a circle in the living room. While he said some prayers, he went to our bathroom as we all followed him and he found an open area in the wall behind the sink. At the same time, reaching inside, he found a small rectangular box that contained the voodoo. He brought it back to the living room and placed it on the table, and he opened it. Simultaneously, the male spirit who inhabited my sister said, “you uncovered me.” The spiritists questioned the evil spirit, and he explained that he was to harm my mom and create destruction in our home. Since my moms’ spirit was strong, he could not inhabit her. The spiritists commanded the spirit to release its hold on my sister. He removed the voodoo box from home. My sister never experienced another seizure.

My sister remained an open host for many evil spirits, and they spoke in different languages and had their distorted facial expressions and body movements. My mom sought assistance from a Santeria priest in the occult named Angelita, and she agreed to work with my sister. Over time, she removed all the evil spirits that existed inside her. My mom, sister, and I would go to the gatherings a few times a week, and Angelita used my sister to channel so-called good spirits for messages to loved ones.

My sister continued working in the spiritual realm for four years, and then she decided to leave and was no longer a host. As a young child who slept in the middle of my two sisters, I did not understand what was happening. Many nights I woke up to my sister sitting up on the bed with a distorted face and speaking a language I could not understand. I jumped off the bed in a panic and was petrified of all I witnessed. I exhibited fear of the dark, sleeping, and being alone with my older sister. I grew up seeing the destruction and chaos dark spirits cause, yet I never processed any of it.

As time went on, I started exhibiting rebellious and destructive behaviors such as drinking heavily, just as my father did. I engaged in lustful relationships that filled me with shame, guilt, and anger. Not until I scheduled a session with Linda Darin did I feel hope that change was possible, but I never imagined the extent of the change that was to come. Linda’s bio and faith page on www.lindadarin.com explained about seeing the light and dark energies and her travels. Reading about her assured me that she would understand what I had lived and that she could help me release emotions and demons I had not understood.

When I walked into Linda’s NYC office in 2019 for Holistic healing with Chakra balancing, she asked questions, but my answers were superficial as trusting was difficult. Nevertheless, she gently pressed forward.

However, after the first chakra balancing and energy healing, I was pleasantly surprised as I physically experienced energy move through my body, and my body vibrated during a sound healing. My mind’s chatter had quieted, my spirit was lighter and peaceful. Although I walked out of her office not knowing what had happened, I knew I wanted to return and experience another healing. It was as if Linda had lifted a heaviness from me and replaced it with peace in my mind and soul.

Besides chakra balancing, we also used The Darin Method®. Linda helped me review my childhood years from birth to 5 as we moved through the traumas of having an older sister afflicted with evil spirits and an alcoholic father who was barely present. I understood that I was holding onto old beliefs, patterns, and dark emotions from my childhood.

As an adult, I lived in repetitive patterns of destructive behaviors. I learned that I had to heal from my inner soul and go into the dark parts of my soul so that Linda could release the darkness so my light could shine!  I had to make conscious changes to my beliefs and patterns to change the direction of life. I am becoming more accountable, responsible, and mature.

Additionally, Linda observed that I lacked a spiritual path, and she began evangelizing me. After maintaining an open mind a few months later, I embraced God. Through her spiritual guidance, she helped me understand the importance of building a personal relationship with God through daily prayer, reading the Bible, and repenting from the dark emotions which keep me from hearing God. It is not about a religion but a personal relationship with God.

God is working through Linda in helping me through the healing process, as the chatter that once filled my mind has subsided. The negative entities that had such a stronghold on me have lost their grip! I am not drinking or seeking lustful relationships, and I released extremely harmful friends. Although this is a process of tears and deep pain, inner peace in my heart and mind gives me hope. I also love myself more and loving others. I have a miracle in life!

“Peace I leave with you; my peace I give you. I do not give to you as the world gives. Do not let your hearts be troubled, and do not be afraid.” John 14:27

As a result of meeting Linda, I received more than I could have ever imagined, for she helped me enlarge my vision for my life. I am so grateful that I met Linda for her energy healings, spiritual guidance, and mentoring have been instrumental in healing my whole being. I believe in the work, and I highly recommended her. I am so grateful God!