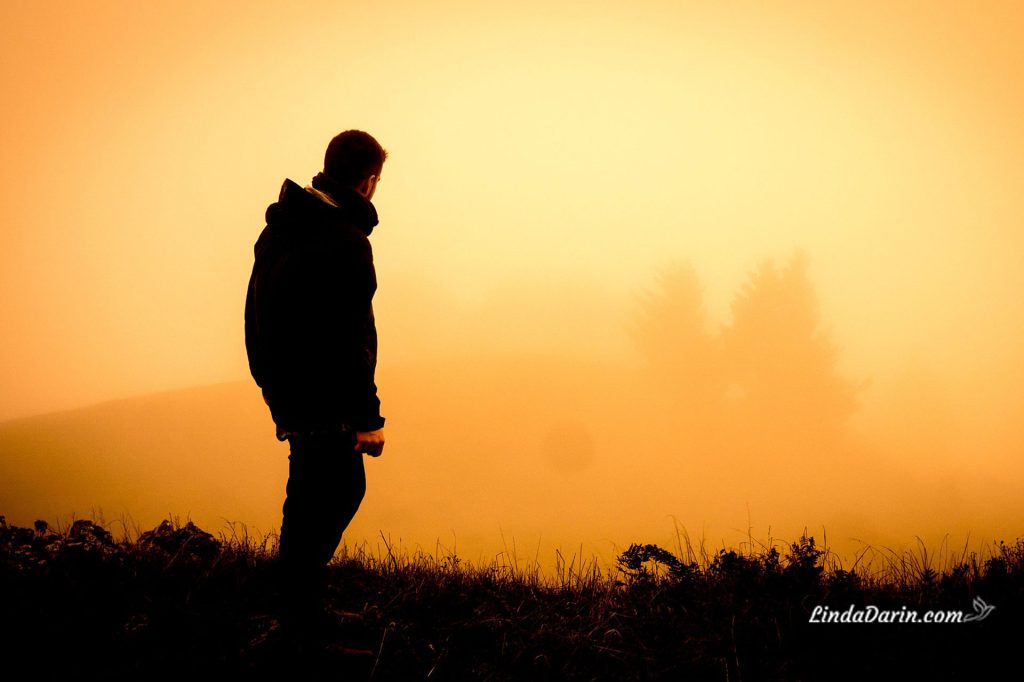 My son had a devastating breakup with his girlfriend the week before starting his junior year of high school. Within a few weeks of his breakup, he was barely spending any time with his friends. He became a recluse, going to school, doing home-work, and playing video games. He didn’t want to open up about how he was feeling and bottled up all his emotions.

At first, he seemed a little depressed, so I tried to give him some space. I thought he would eventually get over it but as time moved on, his sadness turned to anger, bitterness and rage, which he would project onto the rest of the family.

By Christmas time, he began losing weight and his personality was drastically changing. He would stay in his room all the time and eat late at night in his room rather than joining us for dinner. He was becoming uncooperative, argumentative and disrespectful to my husband and me, which was unlike him. He would spend hours on his video games, often till late at night, screaming, yelling and cursing, often waking us up with his outbursts. I was becoming frightened.

This would often cause me to overreact and lead the family into a drama triangle. I often would start out being the persecutor and accusing my son. My son played the victim and my husband came to his rescue. We would then switch these roles., sometimes within minutes. My house was becoming dysfunctional and my family codependent on one another. I would end up trying to fix, rescue and save a lot of the time, which was a pattern I learned in my childhood. I would feel a sense of control in this pattern.

My husband would often disconnect from us emotionally because he had difficulty dealing with the reality of what was going on with our son. He would often dismiss or minimize what was going on and just stare into space, as if he was somewhere else. His inability to want to deal with the dysfunction that was taking place in our home would make me feel like I was going to lose my mind and send me into a rage, yelling and screaming.

Thankfully, I had been seeing Linda on a weekly basis for energy healing, chakra balancing and learning how to regulate my emotions by using The Darin Method®.

Through the Darin Method® I was learning to feel and express my emotions and begin to change patterns and beliefs so that I could react to situations more appropriately. I was reacting to my current situation that was being triggered by old memories of how I felt as a child. In my younger years when my feelings were being discounted and I wasn’t being listened to or taken serious enough, I would scream and yell.

Linda was also guiding me spiritually. I was able to reconnect with God by participating in a weekly bible study and prayer group that she offered. I was learning how to get to know God and to trust him.

Through the healing work I was doing with Linda, I recognized that my son was having difficulty processing his own emotions so I ended up bringing him to a traditional therapist. He went several times, but he would just sit and not participate in any of the sessions.

After the third session he refused to go back. I felt so helpless because I could see I was losing my son but I didn’t know what else to do. I explained to Linda my son’s situation. She was open to meeting him.

After the first session, I was beginning to have a glimmer of hope, as she was able to get my son to start opening up about how he was feeling and agreed to come back for another session.

At the second session Linda was able to get to the root of what was bothering him. My son was holding onto a lot of resentment towards my husband and I for things that happened in the past and what happened with his girlfriend. He showed no respect and was becoming prideful.

A day after that session, my friend notified me that my son was doing drugs. I was frightened but relieved to know the truth all at the same time. It all started making sense to me; his erratic behavior, not sleeping and losing weight.

Part of me didn’t want to believe my son could be doing drugs but I found prescription medications missing and other paraphernalia in his room. I then contacted Linda to let her know I suspected my son was doing drugs and what I had discovered.

Linda had previous traditional experience working with drug/alcohol addiction for over ten years. She educated me and I was able to discuss with my husband. My husband didn’t want to believe his son was doing drugs, he was in complete denial. It was too shameful for him to admit his son had a problem. I realized I was now on my own to help my son!

My son had a problem and I saw him spiraling down fast and had to be mature, accountable and responsible in getting him the help he needed.

My son agreed to visit Linda one more time. Linda took the information we had given her and began asking him a lot of questions and monitoring his reactions and his behavior. He became defensive and started getting agitated. He could see she had caught onto his little secret, however, he would not admit he was doing any drugs.

It was apparent that night he wasn’t going to come back for another session so, I ended up having a private session with Linda the following day to discuss what the next step would be. When I met with Linda, we decided it would be in my son’s best interest to get him into a drug treatment program as soon as possible. Although she advised an intervention with traditional therapists, he was under age and I was responsible for him and can make the decisions needed.

What happened next in her office was an act of God. Linda started looking up drug treatment programs for teens and next thing you know; Teen Challenge program popped up. Linda had never heard of this type of program before. We began researching the program and it looked promising. It became quite apparent that God was using Linda as a vessel to get my son the help he needed in this Christian program.

There were only 3 programs on the East coast, all the others in the southern states and they were 15 months long. At first, I wasn’t sure if I could let my son go so far away and for so long, but God had a plan! Linda and I spent the next 4 hours in her office on the phone with different programs and we could see God guiding us to this one program in Georgia. There was only 1 opening left and we had to make a decision soon otherwise the bed would be taken. After speaking with them for about an hour, the program coordinator began praying over my family and Linda. Linda and I began crying as we felt God present in such a dark situation. At that moment, I knew this is where God wanted him to go and I felt a peace within my soul and this decision to send him there even though I hadn’t visited the facility to check it out. Faith and trust in God were leading me!

Proverbs 3:5-6 “Trust in the lord with all your heart, lean not on your own understanding but submit to Him and He will set your paths straight”

I then had to get my husband on board with sending our son down south to this program. Once my husband came home, I told him what happened in Linda’s office and how God guided us to send our son to Teen Challenge in Georgia. I explained to him that we needed to move quickly in order to get him into this program. My husband at first didn’t want to believe that his son’s drug addiction was serious enough for us to send him away but after speaking with Linda and several people at the program he agreed to possibly send him.

Miraculously two other beds opened up which allowed the extra time my husband needed to make his decision to send him and to coordinate with staff on how we would get our son down there. God was working and things moved quickly.

Everything that happened in Linda’s office that day was God’s working hand. My son was spiritually dead before going to Georgia. God opened a door to bring my son to him and help him break the bondage to addiction. That one act of the Holy Spirit working through Linda that day saved my son’s life.

I learned that with the disease of addiction, I had no control. I just had to leave it in God’s hands to get him the help he needed. Prayer was my greatest tool.

Thank you, God, for using Linda Darin as a spiritual mentor, guide and educator to bring my son to you!