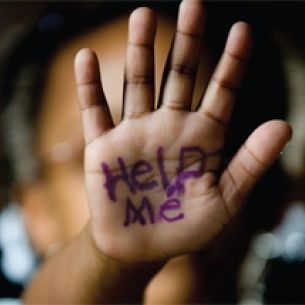 When I first met 26-year-old Sam, a native of South America, he looked even more agitated than he’d sounded when he called www.holistichealingny.com to make an appointment. Anguished and almost panting, he explained that after a year-long engagement, he was due to be married in two months.

The week before seeing me, he had discovered on Facebook that before their engagement, his now-fiancée, Maria, had been with another man. That date took place during a time when Sam and Maria had been fighting. She had wanted to be engaged, but he did not feel financially ready. After the Facebook posting, he was afraid to go through with the wedding.

When I mentioned that there had been no commitment between him and Maria when she saw that other man, his distress increased. He loved her, he said, but since the Facebook post, he did not trust her. To no avail, Maria had been pleading with Sam to understand that it had only been one date. She had been waiting 6 years to marry Sam, and she loved only him.

Sam’s anguish had affected all areas of his life. He showed many symptoms of Generalized Anxiety Disorder–shortness of breath, palpitations, nausea, trouble swallowing, and trouble falling asleep. His thoughts were repetitive and negative, and his communication and concentration were poor. He refused to take medication.

At the first session, I taught Sam several breathing techniques. I also asked him to journal his feelings and to use lavender oil on his heart center chakra.

A week later, Sam said that the breathing techniques had helped to calm him, but that the insomnia, outbursts of anger and concentration difficulties had persisted. He felt covered in shame, fear, and grief.

Intuitively, I knew that Sam was reliving a trauma. Through the Darin Method®, Sam went through the successive stages of life, beginning at birth. Lying on the healing table, when Sam journeyed to his life at 5 years of age, he felt an overwhelming rush of physical shame. Weeping, he told me about an older male cousin who had forced himself sexually on Sam at least three times. Sam’s mother noted his strange withdrawal and saw that he ran away when the cousin visited. Her well-meaning attempts to help Sam felt confrontational. He recalled the older boy being sent back home to South America.

He had vague memories of visiting a doctor and going briefly through the court system, but he could not talk further about the process. His mother’s strong advice had been to forget about the trauma and never to talk about it again. Sam felt shocked, he said, that he had allowed this secret to come out in my office for the first time.

At that second visit, Sam agreed to a healing session. I suggested Chakra Healing, Energy Healing and Visualization. I invoked healing white light to fill the room, and Sam felt the presence of angelic forces. Through visualization, I guided Sam to enter a beautiful blue-green elevator. He entered on floor number 3, and pressed the button for the 5th floor. His breathing slowed, and he reported feeling lighter. As the door opened, we entered a very large pyramid. Sam was greeted by many beautiful crystals as he walked through the pyramid in his mind. A white light led him to doorways up ahead. Inside one room, he found a healing table with shimmering crystals beneath it.

As he lay down, I played angelic music in my healing room. I sprayed aromatherapy oils over and around his body to help reduce Sam’s anxiety. Sam reported feeling light, safe and loved. Now we called in the energy of forgiveness toward his abuser. Sam felt a new energy entering, and with his eyes closed, he reported seeing an array of violet colors, something he had never experienced before. I used tuning forks over each chakra to release locked-up elements of fear, guilt, shame, sadness, lies, and secrets.

Bit by bit, Sam let go of the attachment to his trauma. I followed the tuning forks with bells and more oils to release dark emotions from his body. Sam felt safe, he said, with love all around. I guided Sam to visualize a gold, egg-shaped force around him to lock in this sacred energy with its high, precious vibration. We finished up as Sam left the 5th floor healing room and took the elevator back to the 3rd floor and the counseling session.

He opened his eyes, telling me that he felt a great lightness of relief. He was delighted to see his own face glowing when I held up a mirror. It dawned on him then that the same week he discovered the post on Facebook, he had also received a notice to go on jury duty, which had triggered his trauma symptoms. I encouraged Sam to see that he had received a gift; he could now choose to heal this childhood trauma and move through life in a new way.

Sam decided to continue counseling and healing sessions for the next six months. He also joined my monthly group for men and women who have been sexually abused. Over time, his anxiety was fully alleviated. Maria agreed to join him for couple’s therapy, and they continued seeing me after the wedding. They worked on their shadow and ego desires individually and as a couple.

A year after their marriage, Maria and Sam had a beautiful child. Dealing with his trauma through love and compassion enabled Sam to follow through on his commitment to marry a woman he truly loved. As a result of his healing, he embraced Maria in a new way by honoring her and making her feel safe in the relationship.