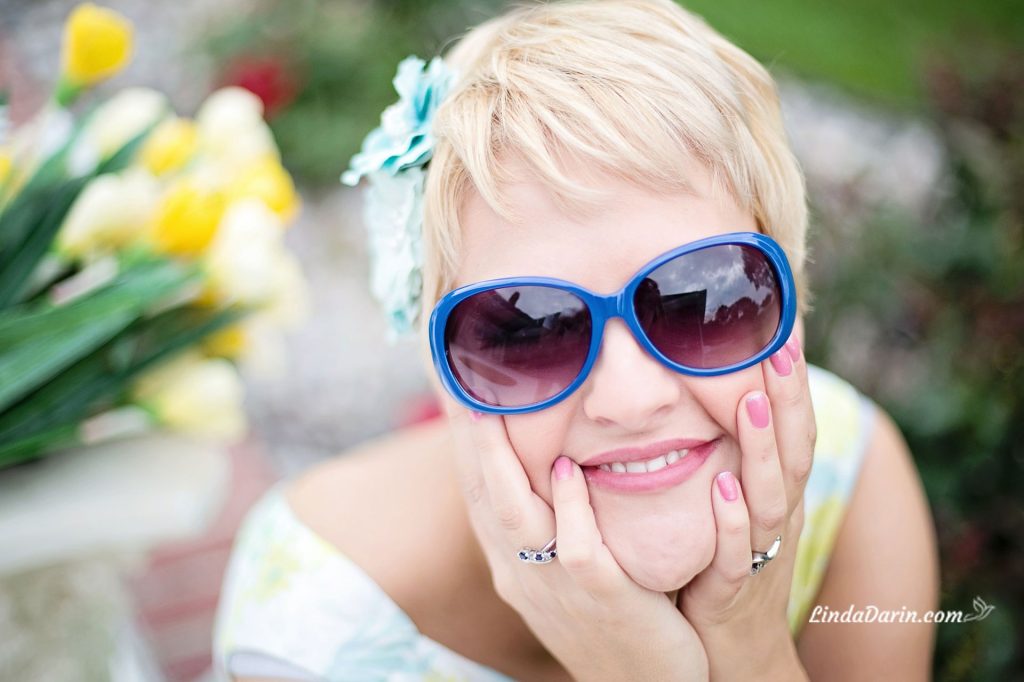 Thirty nine year old Marie, a psychotherapist was married for 15 years and decided to seek help during her separation. She was hospitalized for a week with depression (her first hospitalization) and was discharged on 200mg of Zoloft.

Since the hospital visit, she called Linda Darin to help her get through her grief from divorce. She was not happy in her marriage for several years and lost her own identity. She had no children, and her husband, Dan agreed to the divorce. Marie remained living in their home while Dan found another apartment in town where he teaches and moved out.

Based on the initial meetings, Linda’s Intuitive Counseling Sessions enabled her to use The Darin Method with Marie. Using The Darin Method®, Linda guided Marie through a five-part process of self-empowerment. As she delved into the grief from divorce through healing sesions, Marie and Linda were able to explore life-long patterns, beliefs, emotional root causes, and physical and mental symptoms that affected Marie. Here are a few of her discoveries:

Some of the life-long patterns that Marie became aware of that no longer serve her:

Some of the beliefs Marie became aware of that no longer serve her:

Some of Marie’s emotional root causes of her patterns and beliefs:

Some of Marie’s patterns and beliefs that cause physical and mental symptoms:

After Marie became aware of her patterns, beliefs, emotional root causes, and physical and mental symptoms, Linda began to use a variety of healing modalities. Color, light and sound therapy was used to release Marie from bondage to fear, shame, and anger. Chakra balancing and cleansing was used to release Marie’s attachments to other people and to open Marie’s heart center.

Within six month of healing modalities, Marie was off Zoloft. No more medications were needed!

Marie realized that her marriage was over a long time ago; however, she was also grieving the loss of herself. Energy Healing was used to free Marie from isolation, suspicion and not trusting people. Marie moved from New Jersey to Rockland County within the year of using The Darin Method® and she is more independent than ever before. Marie uses music, prayer and breathing techniques to keep herself grounded and self-assured and has been able to move beyond the grief from divorce and live a more balanced life.

If you are suffering due to grief from divorce, you don’t have to go through this alone.  Call Linda Darin to help you just as she helped Marie.  The Darin Method is a wonderful source of self-empowerment and will help you live a happy and balanced life.  Contact Linda Darin today.