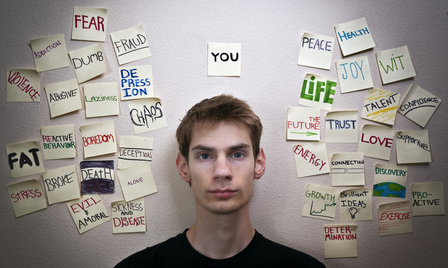 Joey’s foster mother brought him to my White Plains Office. Though he spoke with slurred speech and his eyes were glassy and half-closed, he had an angelic face. This was in contrast to his wrinkled, ill-fitting clothes and his shuffling, hunched gait. Gently, I questioned Joey why he was visiting me; staring at the floor, he said that he had been hospitalized because he had wanted to kill himself.

His foster mom explained that she had found me on www.holistichealing.com when she was seeking alternative healing modalities for Joey. When I asked how many medications Joey was presently taking, she said he was on 10 different ones. She was shocked when I responded that I would be unable to help her son. She protested that he’d just been discharged from the hospital several days ago, that the medications were to prevent further suicide attempts as well as treat his ADHD.

I told her that I intuitively sensed that Joey had been over-medicated, and that it would be very difficult to counsel him and guide him through healing sessions. Immediately she asked me to suggest another plan of action. My idea was to admit Joey into another hospital for evaluation and wean him off some of his medications. I offered to assist her in talking to the psychiatrist and to visit Joey to check on his progress. Her husband, Joey, and she agreed to the new plan.

After he was admitted to a nearby hospital, I spoke to his psychiatrist. Together we agreed that his medications needed to be adjusted. That three-month hospital stay was a critical time for Joey. He began slowly to trust me. I learned about his suffering, pain, and trauma. As Joey’s medications were decreased, he became more lucid. I learned that a social worker had found him when he was four years old, roaming the trailer streets of Louisiana. He remembered his parents verbally and physically fighting. He had been beaten and left alone to fend for himself, often hungry, without food in the refrigerator.

Sometimes when he woke up in the morning, bugs were crawling on his body. He told me that his parents used to sniff a white powder that lay on the table. After all this, he hated them. He told me about all the foster homes he lived in from 4 to 7 years of age, and that it was strange to have been with his current family for a year.

After Joey was discharged at the end of three months, he was admitted to a special program in school which allowed him extra monitoring, emotional support, and extended time to complete tasks. He loved being on a basketball team and became involved in an art program. As Joey and his foster mother settled into a routine of weekly visits to my office, Joey opened up about his previous life. His foster mother, who didn’t know his background, thought he was making up stories. From my intuitive work with Joey, I knew he was telling the truth. I immediately intervened and advocated for Joey’s truth. It was a huge step forward in his ability to trust adults.

After a year, Joey and his family moved to another state. He had graduated from his special needs program, and he had progressed from a depressed, suicidal child into one who enjoyed his life and was able to give and receive hugs.

My work with Joey covered a wide range of issues:

2-We worked through materials from Alateen because of the drug abuse in his family.

3-His foster mother wanted to adopt him, and we talked through the many issues around adoption.

4-I employed guided imagery and visualization to heal his heart center.

5-I used energy healing along with color, light, and sound to release Joey’s pain and trauma.

6-Aromatherapy oils, such as lavender, aided in opening his heart center.

ADHD is a neuropsychiatric disorder in which problems in the brain cause abnormal patterns of behavior.

Symptoms of ADHD usually appear at age 3 or 4 and get steadily worse. Being hyper and impulsive peaks at age 6 or 7; hyperactivity usually settles down in the teenage years, but impulsive behavior can last into adulthood. Problems paying attention often peak at age 8 or 9 and may last throughout life.