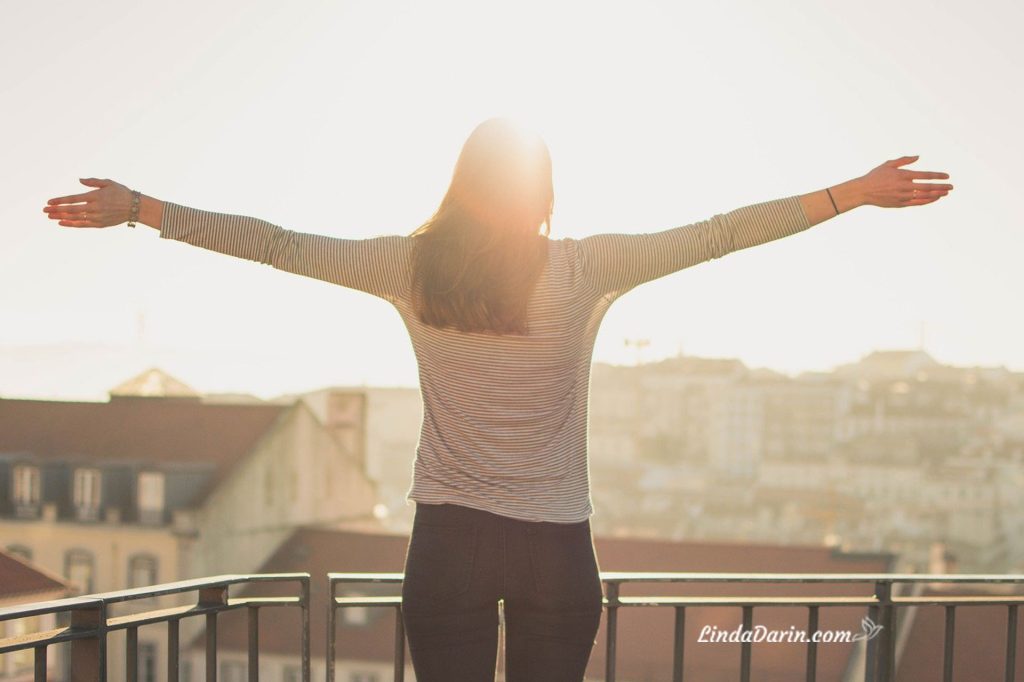 As I reflect on my marriage, I realize that I married for the wrong reasons and ended up playing out a lot of my patterns and beliefs of my early childhood. My husband and I mirrored each other in many ways, but our responses were different, often mimicking our own parents’ patterns.

After a devastating break up and the tragic death of my brother the year before, I met my husband, which left me heartbroken and feeling I could never truly be loved again. Old childhood emotions of rejection, abandonment, and unworthiness began to resurface.

Our relationship was carefree and fun. We both were highly active and spent a lot of time together outside, which I loved. Although we got along well, I felt something was missing from the relationship. We didn’t have an authentic, intimate connection. We both kept hidden painful secrets from our childhood. As time went on, we established a core group of friends together, and I began to feel safe in the relationship. We both got along with each other’s family, and I felt like I was part of a tribe that I had been missing all my life.

He was inexperienced, and I had to teach him how to be intimate because he didn’t know-how. Intimacy started what I perceived to be a labor of love. However, it turned out to be laborious, exhausting, and often disappointing. In my mind, I thought it would improve after we got married, but in reality, it was my fear of abandonment and pain from my wounded past that kept me in the relationship. I didn’t want to be alone navigating the dating scene, trying to find the right one, while all my friends were getting married.

We ended up getting married after several years of dating, and both had flourishing careers, a new home, lots of friends, and an active social life. We were living the illusion of the American dream. The first few years of our marriage were fun and non-eventful. However, cracks began to appear in our relationship after we had children.

We lived day to day with each other but didn’t know each other. We had little intimacy and didn’t do things as a couple which became a theme throughout our marriage. He stopped bothering with many of his old friends and wasn’t available to me on an emotional level that I needed. We both mirrored a sense of emptiness. I began to seek out others to fill up my void by entertaining frequently.

Although we did things together as a family, I began to feel my needs didn’t matter anymore and started to put myself on the back burner. He began to make light of situations that involved the kids and left things that he didn’t want to deal with for me to handle, which made me feel resentful. His emotional invalidation led me to frequently doubt and compare myself to others, fueling my childhood belief that I wasn’t good enough. This emotional invalidation led me to compensate by trying to be perfect and not being my true self.

He, too, wanted everything to be exact and perfect. He worried about money and would criticize me if I was slightly off with the checkbook or commented on how I did the bills. I eventually gave up control of the accounts and finances because I was tired of being shamed and scrutinized. Both of us were full of hidden shame and perfectionism from our childhood which contributed to shaming, controlling, and judging others.

We both didn’t like conflict, but we handled it differently. I would want to address issues, especially those that involved my children, and expected my husband to validate and support me. He, on the other hand, would often go into denial about things or disconnect. His refusal became more apparent when my daughter, who had a learning and language disability, needed school services, and I was left to do most of the fighting with the school district by myself, there were times that I didn’t want to confront others and would want my husband to do it for me, especially when it came to his family.

I would get mad at him for not wanting to speak up, but in reality, I was angry because he was mirroring the very thing I didn’t like about myself, and I took it out on him. How we dealt with conflict was similar to how our parents dealt with things. I grew up in a household where my parents fought and never solved problems peacefully, and he grew up in a family that swept everything under the rug. I would want to address issues, and he would pretend they didn’t exist. I would rage, and he would dissociate. His inability to respond or react would trigger an overreaction on my part. My house began to get dysfunctional.

Our life became very robotic and unfulfilling. He was more of a provider. He went to work, paid the bills, took care of the house, emotionally detached from the kids and me. I worked part-time and took care of the kids.

As my daughter’s struggles continued, she became my focus as I tried to fix, rescue, and save her. We became very codependent on one another. My house became dysfunctional and I felt very overwhelmed at times. As my son got older, he became the lost child. He was very independent and level-headed, but he suffered from not having his parents provide him with the love and emotional support he needed.

Not feeling heard and not having a relationship with my husband on a deep emotional level hardened my soul. I became resentful, anxious, and depressed and felt victimized. I felt deep shame anytime I lost control of my emotions, which would make me more depressed. I felt stuck and stayed in my marriage for the false sense of financial security.

The longer we were married I lost my passion for the things I once loved to do. I lost the essence of who I was. I began to disconnect as a way to cope and wanted him to take care of me. I didn’t want to deal with the reality of my marriage or my life anymore. I hit rock bottom when my daughter was involved with an abusive boyfriend, and my husband wanted to pretend everything was ok. His denial and lack of concern made me feel crazy, and I tried to take my life and ended up on life support.

It wasn’t until I met Linda Darin a few years later for holistic healing that I began to heal from my soul wounds. Linda was able to help me start balancing out my emotions and the way I reacted to others. The energy healings, chakra balancings, and The Darin Method® healed my soul. Through The Darin Method®, I began to look at my beliefs, patterns, and emotions that stemmed from my childhood and see how they affected my behavior.

I started changing my old thoughts so I could change the way I reacted and behaved. For the first time, I took responsibility and accountability for getting the help I needed. Soon after, my daughter began to work with Linda individually. Linda was instrumental in helping to repair my relationship with my daughter.

Linda also provided me with spiritual guidance and brought me back to God through a bible study prayer group she taught and introduced me to a new church. Having God in my life changed the way I looked at things and helped change my attitude. I am so grateful that God has used Linda as a conduit to help me along my spiritual journey and aid in my emotional healing.

God used Linda once again to assist in getting my son in a drug rehabilitation center. I remember that day so clearly as tears ran down my face watching God make a miracle. It was profound! It was a Christian rehabilitation center, and I learned to trust God more and seek out his guidance. I tried to evangelize my husband, but he didn’t want any part of it. I brought him to church, and he hated it. He couldn’t praise or worship and would fall asleep during the sermon. We began to do couples counseling, but he didn’t want help.

The breaking point for my marriage was when we found out my son had a relapse. His addiction threw everything in a different direction. My husband went into complete denial about his addiction and set me up to look crazy as I tried to get help for my son. He betrayed me by lying, turning my friends and family against me, and encouraging my daughter to leave counseling. Then by accident, I discovered pornography on his computer. I began reading scripture, and the Lord led me to Matthew 5:28-32. I had been living in hell for so many years, and God worked so much to pull me out. I decided to leave my marriage and knew I was making the right decision. My life is so different now. I am growing, and I am free and have a personal relationship with God.

Romans 8:28 “Know the Lord will work everything out for your good.”

I take this moment to thank Linda Darin for her faith and trust in God and allow Him to change my life direction. Linda has been a mentor, guide and the spiritual healings have brought my heart and mind more balanced. I highly recommend her!