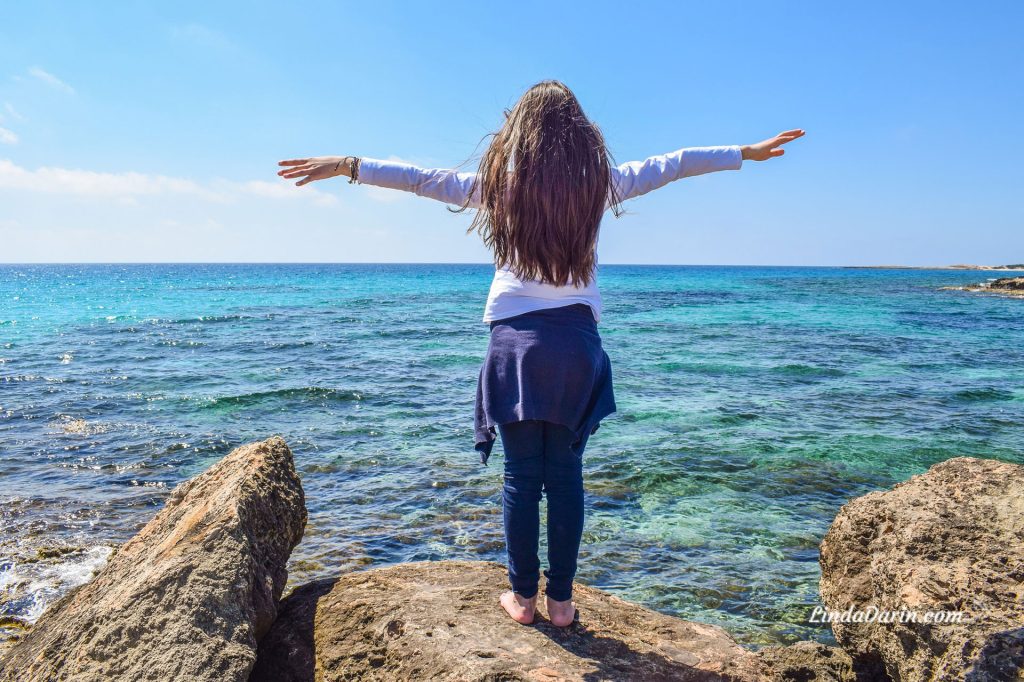 With a Genetic DNA Lineage Of Addiction – I Changed My Direction!

The disease of addiction and codependency have always been a part of my life. For years, I watched different family members battle, overcome, or die from addiction. To understand the role this monster played in my life, I had to go back to before I was born to understand just how ingrained it was in my genetic DNA. In utilizing the Darin Method®, I was able to discover the patterns and beliefs I was born into that played an active role throughout my life. I was able to heal my soul through the energy healings and spiritual guidance that Linda provided.

This journey started with my mother’s story. My Italian mother was the middle child with a brother that was two years older and a sister that was eight years younger. She was ten years old when my uncle started drinking (scotch) and smoking pot. Through my uncle’s high school years, he began using heroin, contracted Hepatitis, and was described as ‘off the rails’ by senior year of high school. My mother’s role in this drama was the rescuer, as my uncle was the victim. She was in a pattern of fixing, saving and rescuing him. These patterns later affected my life and I believed I was not lovable or worthy.

During this time, my mother tried to confront my grandparents about my uncle’s drug use but was dismissed to her room. When she tried to tell her father that she was depressed, he physically and verbally used aggression. My mother learned it was best to keep her mouth shut and live with her anxiety and fears. These patterns of pretending and following what others expected was passed to me as well. I believed that being authentic and transparent had great consequences.

During my mother’s senior year of High School, she met my father. At this time, my uncle went to work for my grandfather’s construction company but was still using drugs. My mother described many date nights that turned into my parents looking for my uncle who had often disappeared. During this chaos, my uncle got married and had a son.

The year my parents got engaged, my grandmother began drinking daily. She would drink Irish coffee so people would think it was just coffee and not alcohol. Due to the addiction, my grandmother and mother got into an argument the night before her wedding. This resulted in my grandmother passing out and not talking to my mother the morning of her own wedding. My mother often describes many major life events in terms of how the addicts in her life were functioning. The pattern of all these addicts always taking center stage continued to play out throughout my own life. This later developed into my patterns of wanting to be the center stage, comparing and competing with others. I believed I was missing out and held resentments and bitterness.

Mother was twenty- one and Dad was twenty- two when they married. A year later they gave birth to my brother, then I was born three years later. Before I was born, my uncle’s addiction was at its worst and his wife threatened to leave him if he did not get help. My uncle decided to enter an in-patient rehab center and was there until I was seven months old.

My mother and her two siblings had an intervention for my grandmother’s drinking when I was three years old. My mother explains there was anger, aggression, and invalidation from my grandfather; however, my grandmother began attending AA meetings. She had one relapse on New Year’s Eve that year and she has been sober ever since!

My mother explains that during this time, my uncle’s sobriety was questionable. He had a few relapses over the next several years. My aunt, who was oftentimes dismissed from the room when issues with my uncle arose, grew up as a lost child. She got married when I was five years old to a man who was possessive and later became abusive. My aunt then moved into our home when I was six years old. My aunt began abusing drugs when I was eleven and then went to rehab for a little less than a year. As a young girl I was confused in this chaos.

Around the same time, my German father began abusing cocaine. According to my dad, he always dabbled in drugs. He moved out of the house and began renting a room. My father told me that he wanted to come home because he knew he would die, so he began an intensive outpatient program. He moved home after being gone for six months. He continued attending NA meetings after his outpatient program ended. Once again, I was confused.

When I was fourteen years old, my brother told me he was gay. He began drinking heavily with his friends to gain the courage to tell people he was gay. My brother was full of self-hate and wanted desperately to be (what he considered) ‘normal’. He went into his twenties going out to the clubs in New York City and dabbling in drugs. I was so caught up in my own life that I chose to tell myself that this was not a big deal and denied his behaviors. I began doing the same thing in my later teens. I started to drink and use drugs recreationally because it was easier to disconnect from the dark emotions, especially fear. Through the Darin Method®, I have come to realize I have a pattern of disconnecting from all dark emotions when life becomes overwhelming for me.

When I was seventeen, my uncle began drinking again and was kicked out of the house by his wife. They were separated for almost two years and he began attending AA meetings for the first time in his life. This was the time when he was functioning at his best. Once he returned to my aunt, he stopped attending meetings but has remained sober!

When I was twenty-three years old, my mother’s sister decided to shoot heroin in the upstairs bathroom of my parents’ house while I was the only one home. This resulted in a huge fight of her denying that anything was wrong, even though there were needles all over the bathroom floor. She drove off that night and, in retrospect, I know I should have called the police. My patterns of enabling and hiding are all too familiar. If I would have called the police, it would have exposed the shame of the family and I was programmed not to do that.

Her addiction took her over for the next eleven years of her life. She was in and out of rehab facilities, random apartments, the streets, and my grandparents’ house. She never fully recovered from all the complications of her addiction and died when I was thirty-four years old. Linda was spiritually guiding me at this time of her passing and I was able to embrace her and read my beautiful letter at her funeral. I had gained a maturity and accountability through my healings that my soul felt grounded into my body like never before. I was no longer disconnecting from a very painful experience. Thank You, God!

When I was twenty-six years old, my brother crashed his car into a city bus because he was high on GHB. Shortly after, we discovered my brother’s addiction to meth and Xanax. At this time, he was a high functioning vice principal, and we had several family meetings to get him to enter a rehab program. My brother would rationalize and convince us he could never take time off from work and so the pattern of enabling continued. He would get high, miss work and one of my parents would go to his house to wake him up. I continued my patterns of enabling. The idea that my brother was an addict was so overwhelming for so many, many years. There was also a constant sense of ‘waiting for the other shoe to drop’ which kept me in a constant state of fear. I was also replaying the pattern of my mother and uncle by rescuing my brother at times.

When I was twenty-nine, my brother collapsed in the parking lot of the school and was sent to the hospital. He needed detox and was there for several weeks. The next few months were filled with hospital stays and a twenty-eight-day program in which my brother left early so he could return to work. My brother was arrested the night of my thirtieth birthday for driving while under the influence and bailed out by my parents. His addiction grew worse, and he was finally fired from his job two months later. Three weeks before Christmas, my brother was arrested and sent to jail. He remained there until March, was released to a twenty-eight-day program, and then went to live with my parents. I was filled with so many, many emotions but never learned how to express or process them. I just blocked them out which later caused anxiety and depression. Healings and soul work with Linda, I was able to feel my body-mind and spirit aligning into wellness. I began to use tools of prayer and journaling.

My brother was in drug court, so he was being tested regularly and was seemingly doing well for about a year. Three months after my thirty-second birthday, the police found my brother’s body at the bottom of a cliff from an apparent suicide. The autopsy revealed drugs in his system. He was thirty-five years old when he died.

Even though I started energy healings with Linda for my grief, it was through her spiritual guidance that I have been able to identify the patterns and beliefs that I played out with my family. There were many times I was in the patterns of fixing, rescuing, and saving, but there were also times I believed I was a victim. I responded differently to the different addicts in my life, as some were charming and persuasive, and some were manipulative. In all the cases, my common dark feelings were shame, guilt, fear, and rage. Linda assisted me to uncover the patterns and beliefs of hiding, being a follower, comparing, not speaking my truth, perfectionism, and remaining safe. I was able to choose to change!

I truly feel God’s presence as I heal with Linda to move these unhealthy patterns and belief systems out of my soul. I have learned that my family members do not have a connection with God but I do. Even though they remain sober, they are hyper focused on each other. Therefore, I choose to heal and not pass these patterns and belief systems to my children. I am eternally grateful for Linda Darin and for her opening my doorway to God. It is the main reason I am surviving today!