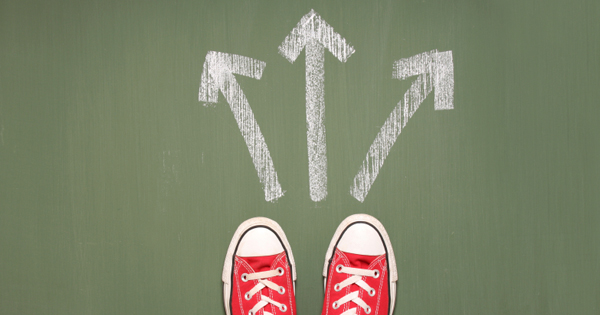 After making her first appointment with Linda Darin, Emma strode into my office, well-groomed, poised, the picture of success. She and her husband had
moved from North Dakota two years earlier, and she was living her dream on Wall Street as a financial broker.

But Emma had trouble meeting my gaze that first session, and she smoothed her skirt obsessively, as if her well-being depended on erasing invisible flaws. She spoke of her crushing anxiety, manifested as dizziness, shaking, and bouts of nausea. For five months, she had been seeing a traditional therapist and taking medication, but she had found no relief. She feared she was going crazy.

My first goal with Emma was to establish rapport and guide her toward hope, and she talked easily about her history and symptoms. Over a few sessions, the focus shifted from her anxiety to her patterns of perfectionism. She was a leader, but she had to feel in total control. She was accomplished, but she never felt she had done enough. She took on responsibility, but at levels that exceeded her well-being. She told me that her husband expressed both love and frustration. He felt Emma needed his constant validation, and yet she was competitive and judgmental.

In an early assignment, I encouraged Emma to write down her feelings on a daily basis Gradually she became aware of the fear and shame that lay underlay her anxiety. In counseling, she saw that a basic feeling of inadequacy was the driving force in both her career and her marriage. It was an important revelation. The shadow self was now present for her to see and explore, and Emma became aware of how the ego drove her to strive for unreachable perfection.

Together, Emma and I knew she was ready for some sessions of healing. My intuition suggested several avenues: chakra healing, energy healing, guided imagery, and color, light, and sound healing. My goal was to release the blocked emotions of fear and shame that lay at the root of her anxiety.

With her permission, we invited the light to guide us. To soft music and chanting, I began with aura cleansing. The aura is the electromagnetic field around the body, and in the soft twilight of the healing room, I was able to see the imbalance in Emma’s aura. Instead of being clear, hers was clouded. I sprayed sage to cleanse her aura and used aromatherapy sprays to assist with her imagery.

We breathed together. I guided Emma to visualize an elevator door on the 3rd floor. With her eyes closed, she saw a blue doorway and we began to move upward to the 5th level. At the 5th floor, the doors opened, where we both saw many crystals and a streaming light energy. In that room, Emma saw white light, and felt a strong, peaceful presence.

I guided her to walk in her mind down a corridor with many doors. When one opened, she went in to a lovely, warm light. She saw a healing bed, and I guided her to rest in it. A movie screen came down in front of her. Emma began to see and to explore her childhood memories. She had grown up fearful with an alcoholic father who reinforced her feelings of shame and unworthiness, only validating her when she achieved good grades in school. Once again, Emma felt and saw her negative patterns, but in a safe way. She was distanced enough to see they were not herself.

We moved to releasing emotion from the Chakras, which are points along the spine where the life force is centered. I invoked images of the color red to cleanse fear from Emma’s first chakra, yellow to release shame from the third. With tuning forks and bells, I used sound healing to further loosen and release emotional blocks. Emma said she felt a weight lift from her body, along with a mixture of hot and cold sensations. Throughout the healing process, she saw the colors red, yellow, and white. Again, we breathed together and I invoked the color gold to embrace her.

I had her leave the healing room on the 5th floor, and she rode the elevator “back” to the counseling room. She smiled with gratitude and we exchanged a hug. Before she left, I advised Emma to bathe daily for 9 days in a mixture of Epsom salts, sea salt, and baking soda to further release toxins from her body.

Emma and I had several healing sessions. She began experiencing less anxiety, and observed herself listening to her husband more, and judging less.

This was her shadow work. By exposing and embracing her ego, she was able to let go of the brittle, competitive self, becoming more compassionate and humble. Happily, she said that she felt more like her true self. Yes, the timing was divinely orchestrated. I was there as an instrument to help, but Emma’s determination to change released her own power to heal herself.