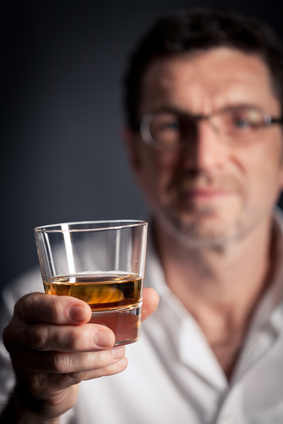 Nancy was my original client, but this post concerns her father, David. Nancy, a brilliant lawyer working in NYC called holistichealingny.com seeking help with anxiety and depression. After six months of intuitive counseling and energy healing, Nancy felt ready to take a momentous step. She decided to write her father a letter concerning his alcoholism.

She read several drafts of the letter in her individual sessions with me and in a codependency group that I facilitated. Each time she read the letter she cried profusely. She wrote about her childhood trauma, and how his alcoholism continued to cause her pain and anguish as an adult. In this process, she made a final decision. She would not allow her 65-year-old father, David, to see her two younger children any longer. During a recent family vacation, he had caused too much humiliation and fear. She could not allow her 8-year-old son and 10-year-old daughter to live as she had been forced to live as a child.

A traditional intervention in which she and her five siblings along with their mother would confront the alcoholic did not seem appropriate to Nancy. She had to do it her way, since she was the only one in treatment at the time. She mailed him an ultimatum: He must get help, or he would never see his grandchildren again. She sent copies of the letter to her siblings and her mother. She had discussed the letter with her mother, and her mother agreed it had to be done, but she herself was not ready to
actively participate.

Nancy’s siblings responded to the letter with intensity. Some of them raged at her, but others were relieved that someone finally spoke out.

Nancy’s personal intervention brought David to my office. When he and his wife came for a couple’s session, she entered the room in tears, while he followed in a shameful stance. They had been married for over thirty years. He had his own electrical business and his wife was a nurse. He told me that his initial rage on reading the letter had turned to sorrow. His wife wept through the entire visit as she explained how alcohol had caused so much pain in their lives. At the end of the session, David admitted he had been drinking since he was thirteen years old, and that both his parents had been alcoholics.

I was concerned that David refused to go into a thirty day rehabilitation center. He did say that he was willing to visit me once per week to learn about the disease, and to receive counseling, and energy healing. Although I felt he needed traditional rehabilitation, I was willing to work with him as long as he followed the treatment plan and did not lie. I explained to him that lying was a symptom of the disease, and I needed him to be honest and accountable. He agreed.

David felt he hit bottom after he read the letter and realized he might never see his grandchildren again. “It would kill me,” he said. In fact, he had always worked very hard to give his children and wife what they needed financially.

I began treatment with David in May 2010 and he has never relapsed. He is sober three years, and, like his daughter, he did it his way. He continues working with me to keep his sobriety alive. He has retired and sees his family often. He not only has five married children but eleven grandchildren who fill his life with joy. Every time we meet he tells me how grateful he is for his new life. It’s a life that with help, David himself created by making new choices, taking responsibility and not acting like a victim.

I adapted the traditional treatment plan to address the following: