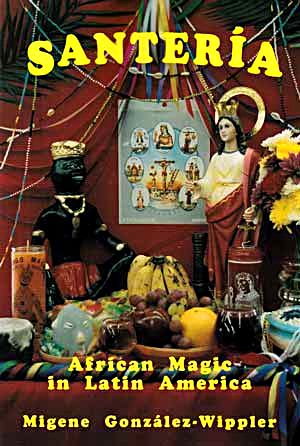 “Breaking the Hold of a Dark Spiritual Santeria Energy”

When I first met Lori, I was struck by the contrast between the 39-year-old woman’s outward beauty and her distraught state. She had called www.lindadarin.com for an Energy Healing session. Fidgeting with her long blond hair, she complained of feeling very stuck in life. As we explored The Darin Method®, she explained that for the last ten years she had been unhappy in her relationship, but unable to let go of her partner. Johnny, who had been in prison, was recently deported back to Haiti.

She admitted a pattern of helping him although she received nothing in return. She had given him money in prison, and they still spoke on the phone daily.  I intuitively sensed involvement with drugs and alcohol, and Lori confirmed that Johnny had been jailed for dealing and then deported. She was left to care for his belongings.

Lori’s beliefs about taking care of Johnny struck me as obsessive. Her sadness and obligation went beyond an emotional connection. Guided by my suspicions, I probed Lori gently for the root causes. She explained that she’d gone to Miami eight years ago on several business trips. There she became close to an older man who became her padrino, or godfather. He gave her beads and statues for protection. When I asked her if she was involved in the religion called Cuban Santeria, she said she was. My intuition prompted me to ask if her godfather had done a spell to keep her relationship with Johnny together. She said, yes, he had, eight years ago. I knew then the root cause of her problem.

When I explored why she sought an answer in Santeria, Lori’s feelings of desperation and loneliness poured out. She wanted to be connected to Johnny. She had tried dating others but could not release him. She repeated how she cried nightly in despair, her body, mind and soul in turmoil. She told me that she had never before seen a connection between that spell and how stuck she felt.

As a result of our first energy healing session, Lori made the decision to remove everything connected to Santeria from her home. She began taking Epsom salt baths, burning sage to cleanse herself and her home, and praying.

At the second Energy Healing session, we were able to disconnect all the negative energies connected to Johnny and the spell that held Lori to him. We filled up her loneliness, desperation, and fear with the energy of love. Lori felt clear, free, and detached from Johnny for the first time. She was grateful and knowledgeable. She had not realized the power she had given to the spell until it was released. Lori is now ready to begin loving herself in a new way. She is committed to counseling sessions, healing sessions and learning tools for self-empowerment.

Are You Struggling and Not Sure Why? Feeling Stuck in Life? Contact Linda Darin today.

With The Darin Method®, Lori is able to focus on positive energy and healing.