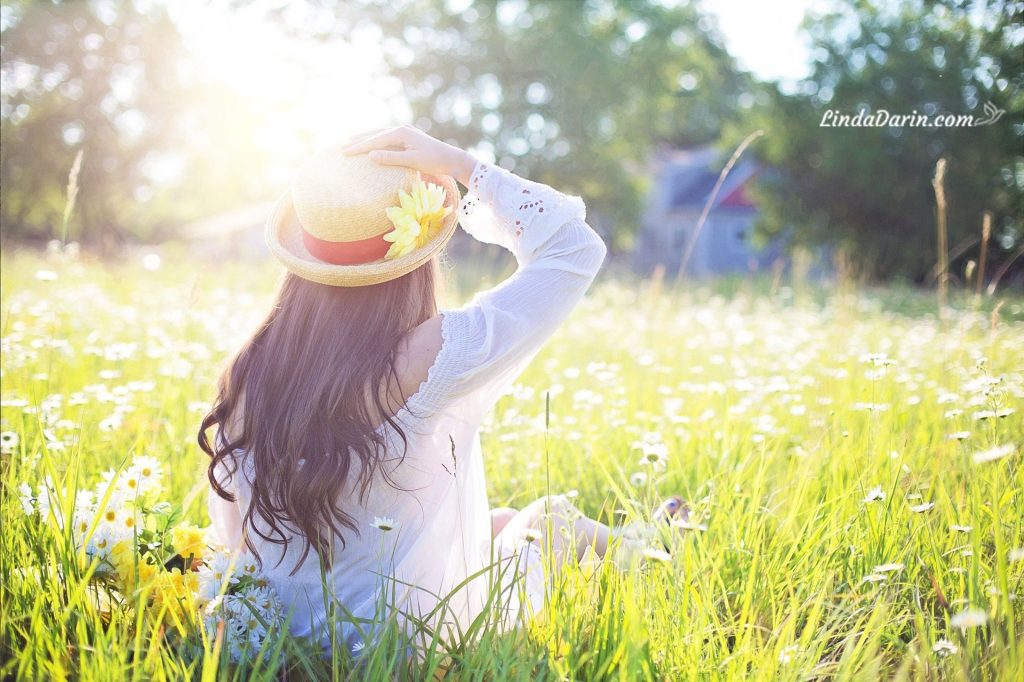 I Finally Left My Marriage After Twenty Years, and God Was There All Along.

I never thought I would be divorced. I entered marriage believing it was forever until death does us part! I spoke this belief into my life so many times, insisting nothing could convince me to leave my husband, that I locked myself in a marriage that was slowly killing my mind, body, and soul. I put up with so much before finally seeing our relationship’s truth and finding the courage to escape after twenty years. Even when I left, my deep-rooted belief kept the divorce from being processed in the courts for two years.

God had been trying to get my attention for quite a while, shaking the foundation of a life I thought was everything I wanted as a wife and successful fashion designer in New York City. My job of fifteen years had ended, and just when I’d accepted a new position, my mother passed away from breast cancer. Her death brought me to Linda Darin for grief healing and opened the door for more profound healing. Awakening through energy healing, chakra balancing, and The Darin Method®, I realized I was living an illusion of a happy marriage.

My husband lied about quitting smoking after we wed. His attempts always failed after new stressful situations arose, and he “needed” a cigarette, even though the smell made me physically ill. He hid the severity of his mental health and alcoholism, manipulating his therapist and me to convince us he was not as depressed, not as sick, not as controlled by alcohol as he was. I joined him in weekly drinking binges patterns when we were younger, which evolved into daily wine with dinner during the week, and Saturday morning hangovers as I attempted to find a connection with him.

He lied about wanting children and believed no one would give up their freedom to be a parent. I let go of my desire to be a mother to align with his ideas. Each time another one of our friends or siblings had a child, he stewed in anger, feeling betrayed. We became isolated as our friends moved to the suburbs and grew their families.

I encouraged and supported his dreams of a new career and going to grad school full-time. I loved my job and wanted him to find the same joy in his work if we weren’t going to have children. I received a promotion into an executive role, which he used as an excuse to give up on our plans to move to a new city and pursue his dream. My success became his failure. He didn’t go back to work for ten years. He spiraled into more and more drinking episodes (throwing up in our bed, escorted home by the police, EMTs waking me in the middle of the night to ride in the ambulance to the emergency room after he mixed meds and alcohol). I was so ashamed and stressed by these episodes that he didn’t even remember. My body developed an acute, recurring infection that put an end to our sex life.

My hobbies and activities slowly dwindled until all I did was work. I covered my insecurity and pain with patterns of workaholism and spending sprees. I had no real friends, no family nearby, and nothing outside of work to distract myself from the disaster of my marriage. I gave up on taking care of myself and our home. I hid the shame of both behind false pride in my career and the luxury apartment complex where we now lived, even though we were drowning in debt.

While working through my grief over my mother’s death, I found a spiritual connection missing for a very long time. Linda guided me to God and encouraged me to find a church community. As God softened my heart, I began to trust Linda enough to share some of these details about my marriage for the first time. I learned about my patterns and beliefs about addiction and codependency. My eyes opened to my role in the state of our relationship.

I was addicted to trying to fix, rescue, save my husband, and other times I played a victim and persecutor. I blamed him for being lazy and drunk (while I allowed it all), and he blamed me for the lack of communication, no sex, and the state of our cluttered home. I rebelled against his failure to provide a feeling of safety or provide financially and resented him for denying me children. I finally realized how far from a loving relationship we had fallen and how sick we both were.

Through The Darin Method®, I discovered that I was reenacting my parent’s patterns, beliefs’ and roles in their relationship in our marriage. My mother was the breadwinner, an emotional eater, and swallowed her voice when my father scolded her. My father was in and out of work throughout their marriage, and money was often tight.

I knew I had to get a divorce, but it still took me months of tears and anguish to come to terms with this decision and take action. I was terrified of being alone.

It was clear this was the right choice when God started showing up for me over and over again. I found a lawyer and was supported to be able to make my own decisions. The energy healings, chakra balancing, and The Darin Method® were mighty to heal my soul. I began taking responsibility, accountability and felt more mature than ever before. God was working thru Linda to bring me back to Him.

My Church community in New Jersey rallied around me, offering me a place to stay and help me to move. There was no judgment about my decision. My father in Ohio gave me financial support to buy out the lease on our apartment. My twin brother flew down from Maine, and we all worked together to pack up my apartment and make my escape on Easter weekend. I spent the next few days reconnecting with my twin brother, sharing the details of why I had to leave my husband. He couldn’t believe what I had kept secret all these years. Everyone just wanted me to be safe and supported my decision. My belief that I couldn’t get a divorce was an illusion. God protected me because I listened to him and took action, even when I was afraid.

On my own, at forty-five, I had to learn to love myself and care for my well-being returning to healthy eating, daily walks, and yoga. I stopped drinking alcohol altogether. My weight dropped effortlessly. I took control of my spending and worked on a plan to pay off my debt. The habit of identifying and journaling my emotions made me aware of the bondage fear, and anger, and rebellion had over me. God’s power to heal flowed through Linda’s energy healing techniques breaking the chains of these thought-forms and emotions deeply rooted from years of feeling abandoned and rejected in my marriage. I began to peel away the patterns of workaholism and perfectionism and found new joy in my life and wholeness as the pieces of me that shattered came back together. I was discovering the real me. I embraced the warmth of God’s unconditional love as my spiritual awakening continued.

Linda Darin is a spiritual mentor and guide who motivates me to believe in myself. I think God had a plan to allow Linda to assist me at a very dark season of my life. I am forever grateful and highly recommend her. Thank you, God!