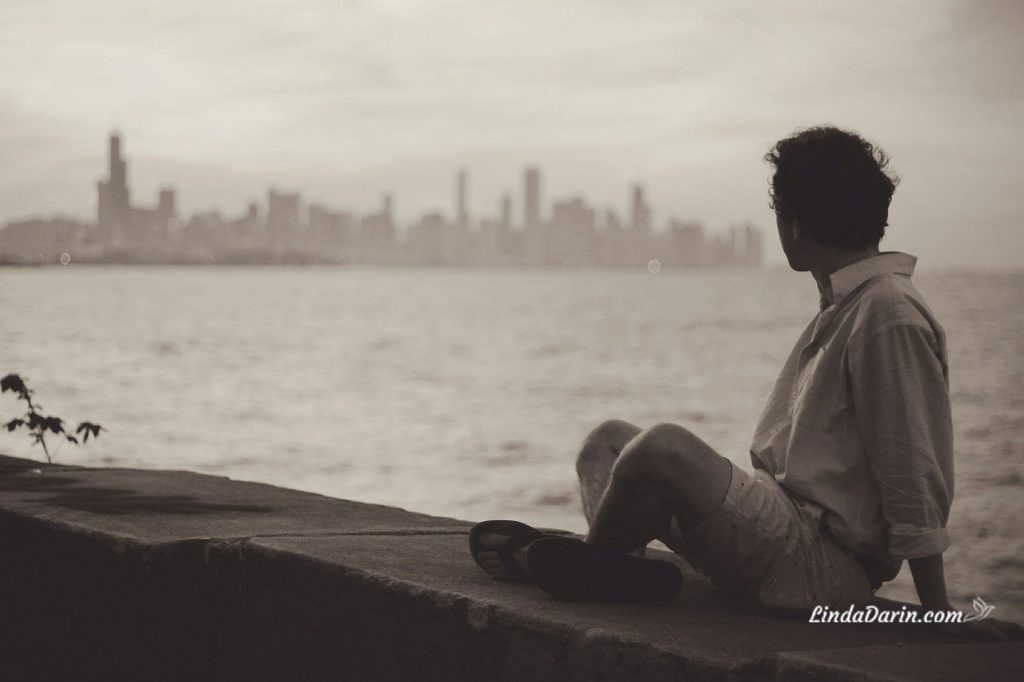 Several months ago, a colleague called www.holistichealingny.com to ask if I would meet with a family undergoing a crisis of intense grief. I accepted the referral and called the Smith family to confirm their appointment.

Mr. and Mrs. Smith and their grown children, Sally and Paul, were almost unable to greet me when they walked in, so deep was their shock and despair. Though the family was relatively quiet at first, the atmosphere in the room felt agitated and chaotic. Guided by my gentle prompting, Mrs. Smith began to sob. She explained that her 28-year-old son, David, had shot himself in their home a month earlier.

Her shock was intensified because, as she explained, “I had no idea that he would do such a thing.” Mr. Smith, whose two sons had both worked in his carpentry business, explained that they were a family of hunters. He and a group of relatives, including his sons, went hunting every season. David had kept his gun under his bed, but all the other guns were locked up.

David’s sister, 26-year-old Sally, described his intelligence and her fond memories of him. She too, had been caught off guard by his action. “David would never hurt the family,” she insisted. “He had to be troubled.” At 24, Paul, the youngest sibling, seemed to know the most about David’s inner life. He stated that his brother had mental health difficulties in college. After graduating, David worked as a financial advisor for a year. The work had proved too stressful, so he had moved back home to work in the family business.

Following the initial visit, Mrs. Smith began to visit me in private sessions. She explained that David had been “different” as a child. It was as if he had two personalities, often loving, yet at times very angry. He was a brilliant student, the one who earned straight A’s, the child in whom she took the most pride.

When David graduated from college, he was hoping to marry his girlfriend, whom he adored. But it turned out that the year he began working as a financial advisor, his girlfriend left him. His mom knew this was a very difficult time for him. He was living in Chicago, far from family, but he did tell his mother that he was seeing a psychiatrist. He refused to take the lithium that the doctor prescribed for him.

Mrs. Smith admitted that she had not been aware that David had a mental health problem, and her son had refused to talk about it further. Until I explained it to her, she was unaware that lithium is usually given for a mood disorder, such as bipolar disorder, rather than generalized depression. Mrs. Smith and I did a few sessions of energy healing, color, light, and sound healing to alleviate her anxiety and depression. Not wanting to mask her feelings, she would not consider medication.

Mr. Smith also saw me privately. He reported that for the past 6 months David had been very lethargic; both his hands had slight tremors and his speech was often slurred. Because he felt David was on edge, he allowed him to rest and take breaks in the carpentry work. He admitted that there were times when David was curt with him; he had wanted to change his father’s financial methods and bring in new ideas, but Mr. Smith was comfortable with the old ways.

We explored energy healing, color, light and sound healing to relieve some of the depression that Mr. Smith was experiencing. He, too, refused to take medication, for the same reason as his wife.

Sally and Paul also visited me individually. Sally had long realized that David had anger issues, and she had always been cautious of his mental state. She knew that her brother loved her and the family, but she was highly sensitive to his mood swings. In our individual sessions, she expressed an overwhelming amount of sadness and her own difficulty with self-esteem. Obesity has been an ongoing battle for Sally. A special needs child, she had received extra support from her mother, but she was always aware that her academic performance never matched up to her brothers’ grades.

Ironically, David’s death had helped her find her voice in the family system, and Sally felt that perhaps for the first time, other family members listened to and respected her insight. In our individual sessions, Sally and I focused on energy release and emotional chakra balancing.

Paul and I had one individual session in which he disclosed some valuable information. He explained that he and his brother had been addicted to the pain killer oxycodone; their addiction was a shared secret. Paul had been a troubled teen, using drugs, stealing, and floundering in school, and he looked up to David as a role model. When David came home to live after the breakup and the failure of his financial planning career, Paul advised him to see his psychiatrist and other doctors concerning this drug addiction.

Paul, who loved David, felt devastated by his death. It turned out that the rest of the family had no idea that David used drugs. I encouraged Paul to explain all these truths in another family session. He agreed.

The family met every week for 4 months to process the shock, denial, bargaining, depression, anger, shame, embarrassment, guilt and deep grief that they all were experiencing. The family showed great strength; they came together to heal, expressing their truths and their love for each other, to some extent for the first time. Their communication was a great asset as they moved forward as a family unit in crisis. Often they found in-session meditation and visualization to be a soothing relief from their horrific, tearing grief. Their biggest challenge was adjusting to being out in public, as David’s story had appeared on the evening news and moved quickly through their community.

Over the weeks, the pieces of David’s story began to fit together clearly. It became evident that David was mentally ill, but that he did not want to appear weak. He was the family hero whose accomplishments had made everyone feel validated. In fact, his perfectionism simultaneously hid and pointed to a desperate, never-satisfied need for validation. He was addicted to pain killers. He was depressed over a break up, yet he had not shared the pain with anyone.

There were times he would just ride his motorcycle for hours, and no one knew where he was. Each family member expressed that David held high expectations for himself and others. He also had body image issues that caused shame and embarrassment. As they reflected and pooled their understanding, they realized that as a family, they simply did not have the skill or knowledge to address David’s issues, and that they were not to blame for his death.

The Smith family shared that on several occasions after his death; they had felt David’s spirit in the home. One night, three of them experienced the same vision. Each family member was in a different room; yet simultaneously, each felt a strong energy and saw a white light passing through the house. It was as if some heavy, dark energy was being cleared away. They were amazed. After this, the family set up an altar, using candles, pictures, and some of David’s special possessions as a reminder that he is still and always will be part of their family. They pray for him as they open their hearts humbly, for they realize that he was going through troubled times without explaining or reaching out to them. That was the most difficult challenge that the Smith family faced.

After four months of group and individual sessions, the Smith family was grateful for their journey together. They had communicated with one another and released profound truths as a family unit. Today they know that their grief journey is not over, but there is a new, inward knowing that brings serenity and peace.